END OF THE WORLD

Join us on this exclusive expedition-style trip at the end the world. Visit the most southern tip of the South American continent, hike along the strait of Magellan, and marvel upon the abundant marine wildlife and the impressively varied terrain. This trip includes strenuous hikes in remote areas, and day hikes must be timed with the tide to be able to complete deep river crossings. Included in this incredible journey is an overflight of the impressive Darwin Mountain Range and its unnamed glaciers winding down valleys. Upon the second half of the journey, we visit Isla Navarino and the southernmost town, Puerto Williams, with shorter trekking days in the alpine environment of “Dientes de Navarino.” This once-in-a-lifetime experience encompasses often extreme weather, and a sizeable dose of adventure. 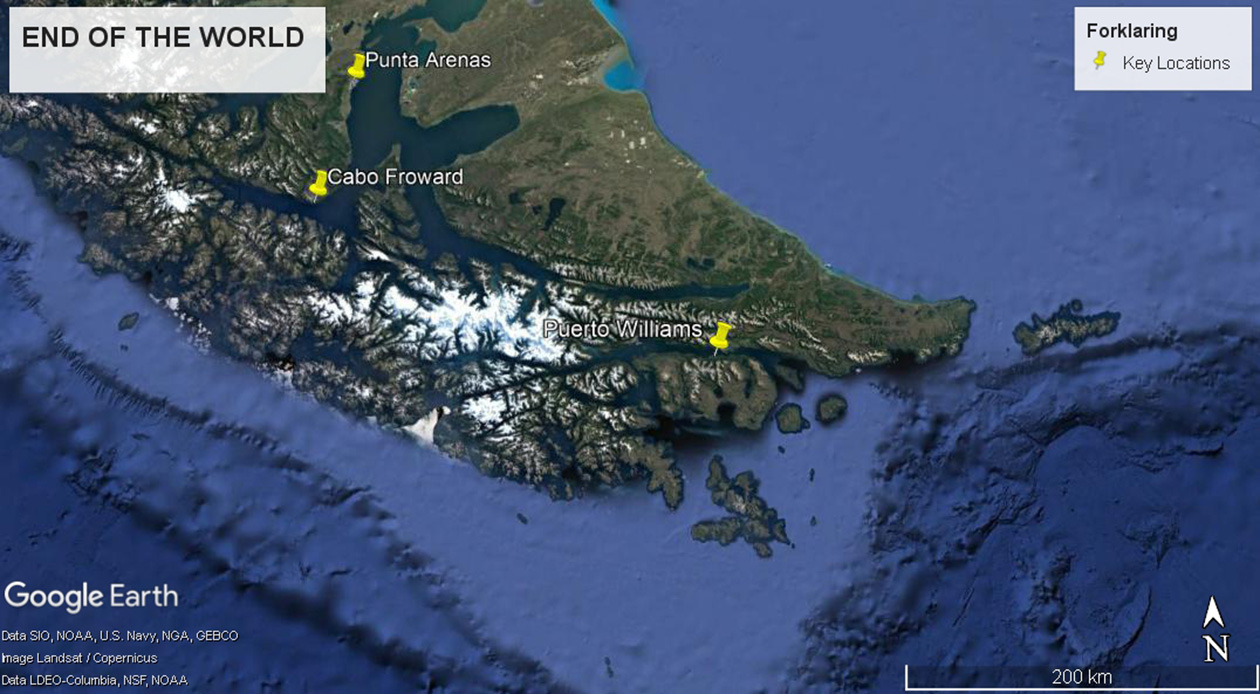 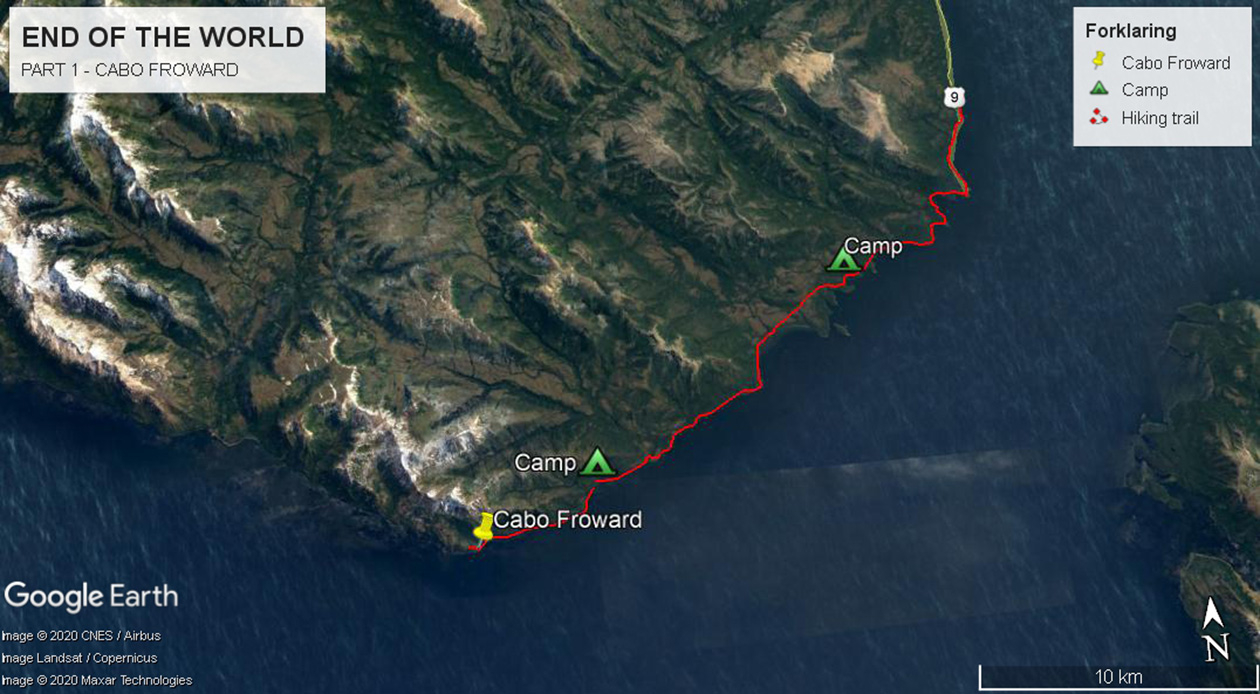 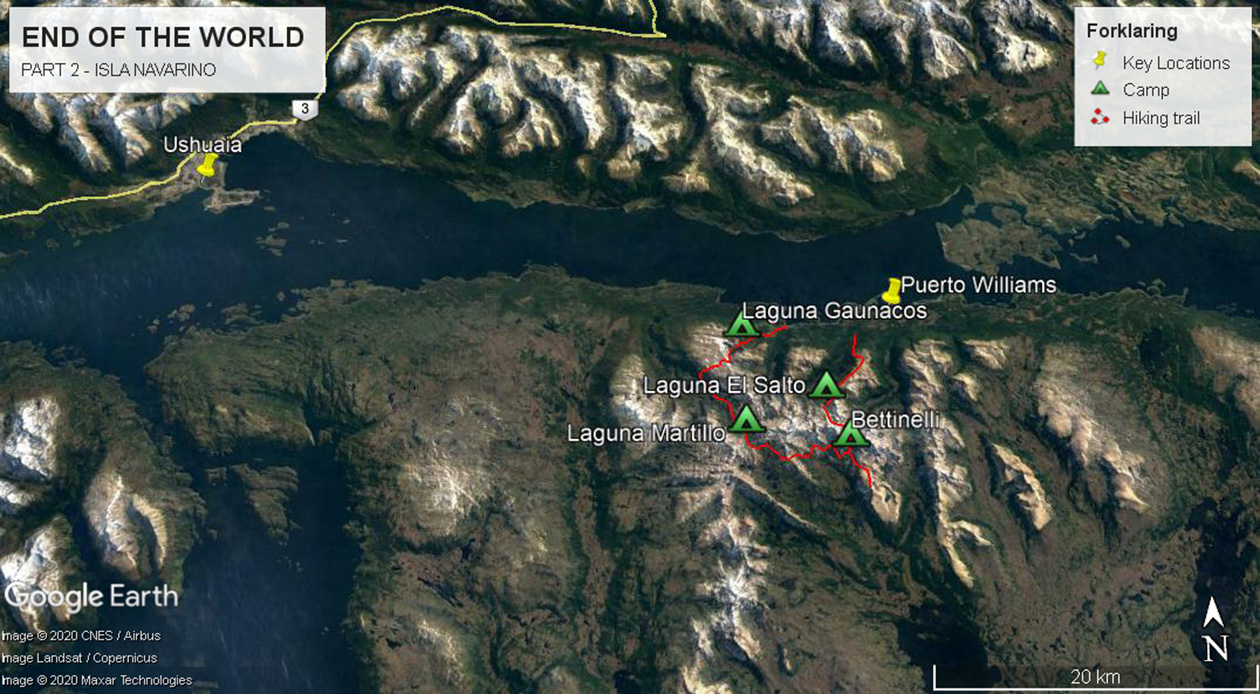 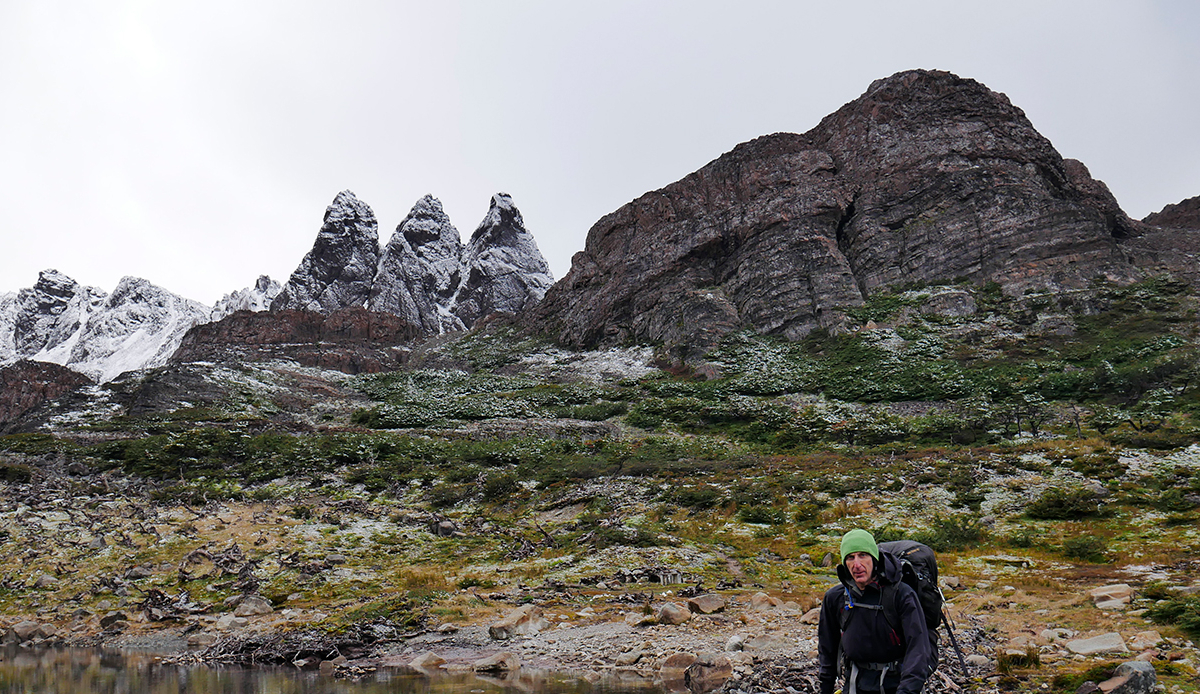 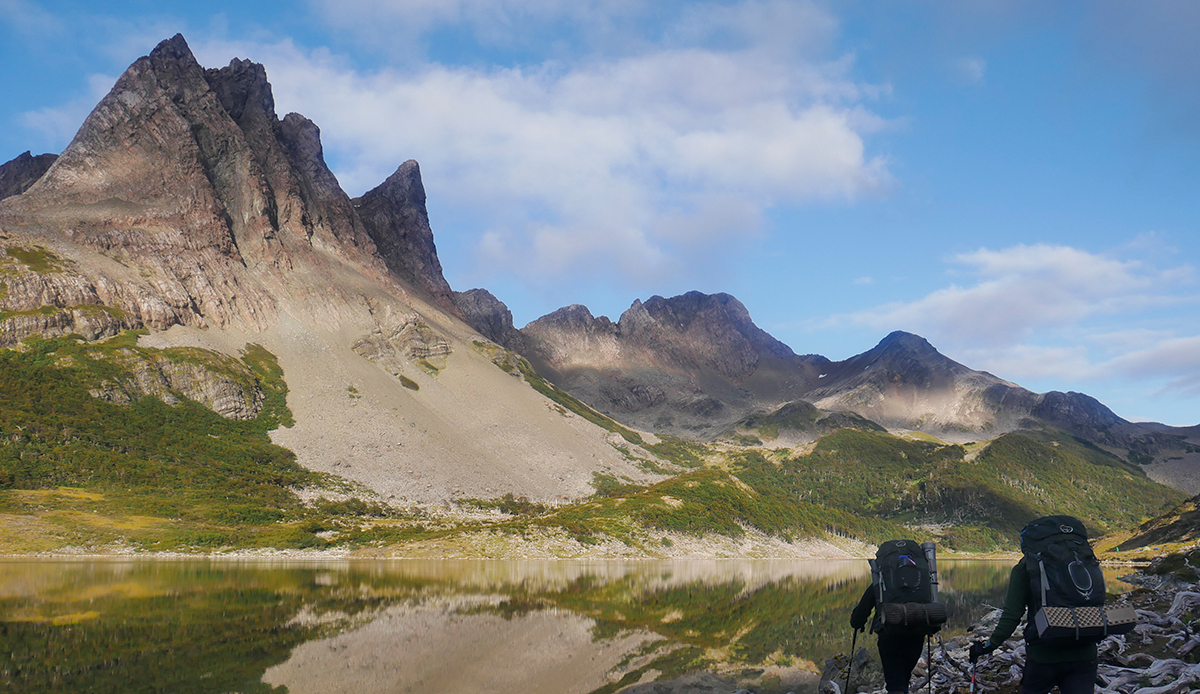 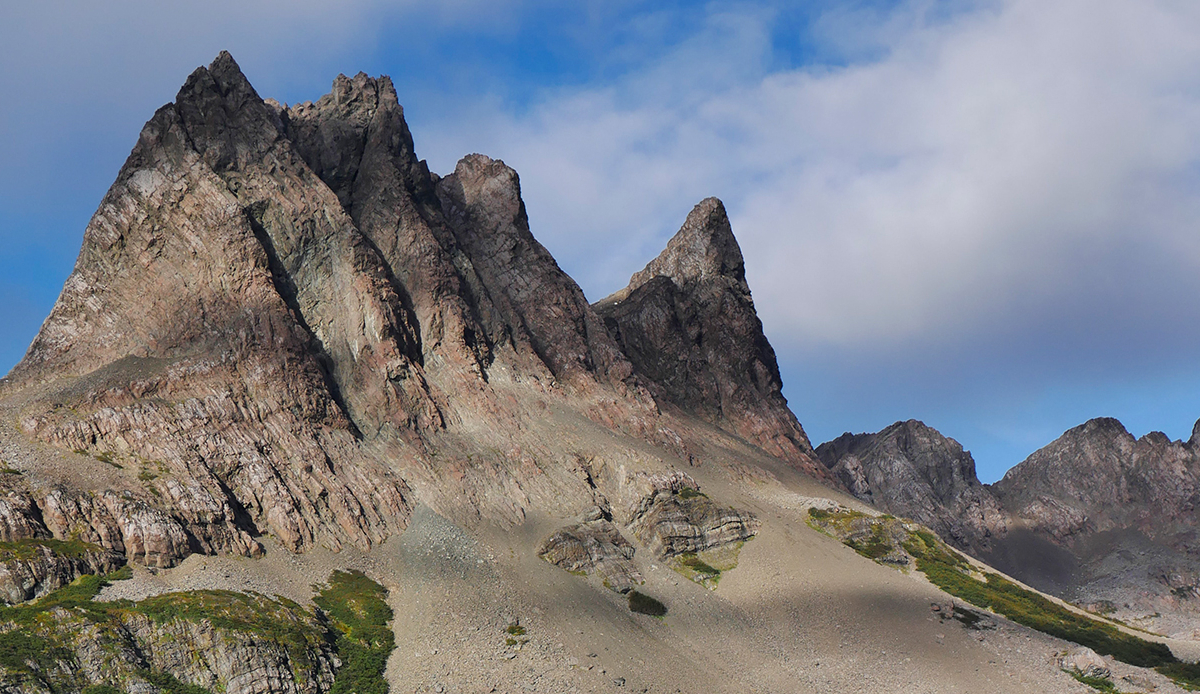 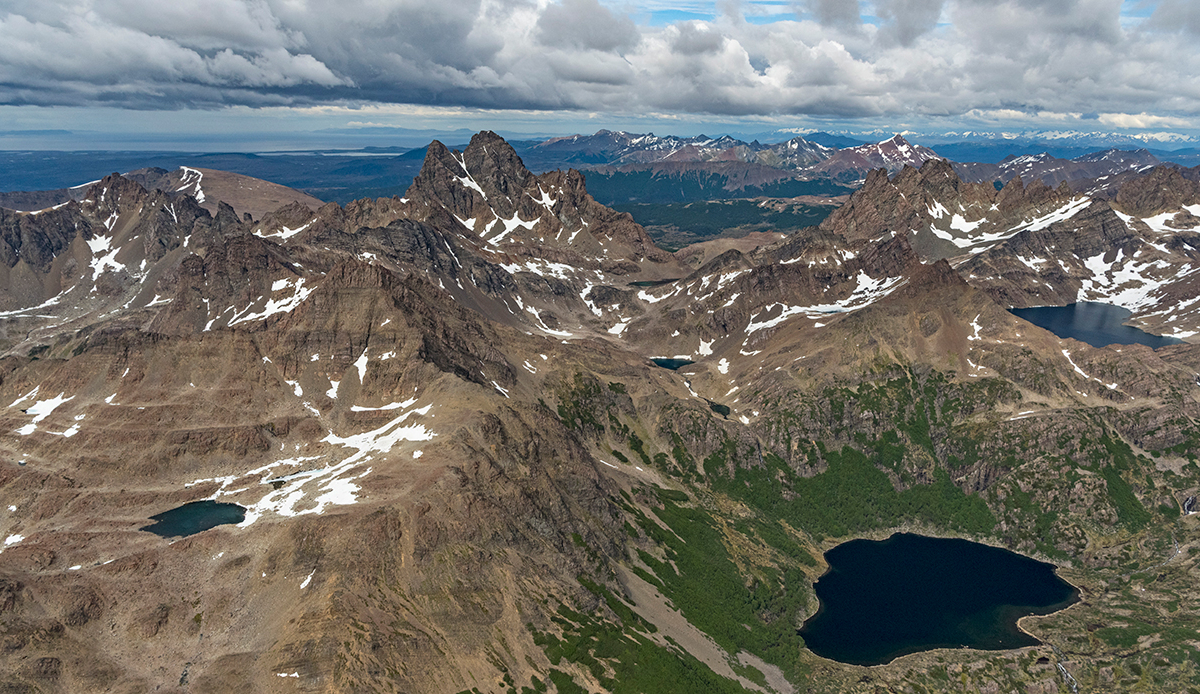 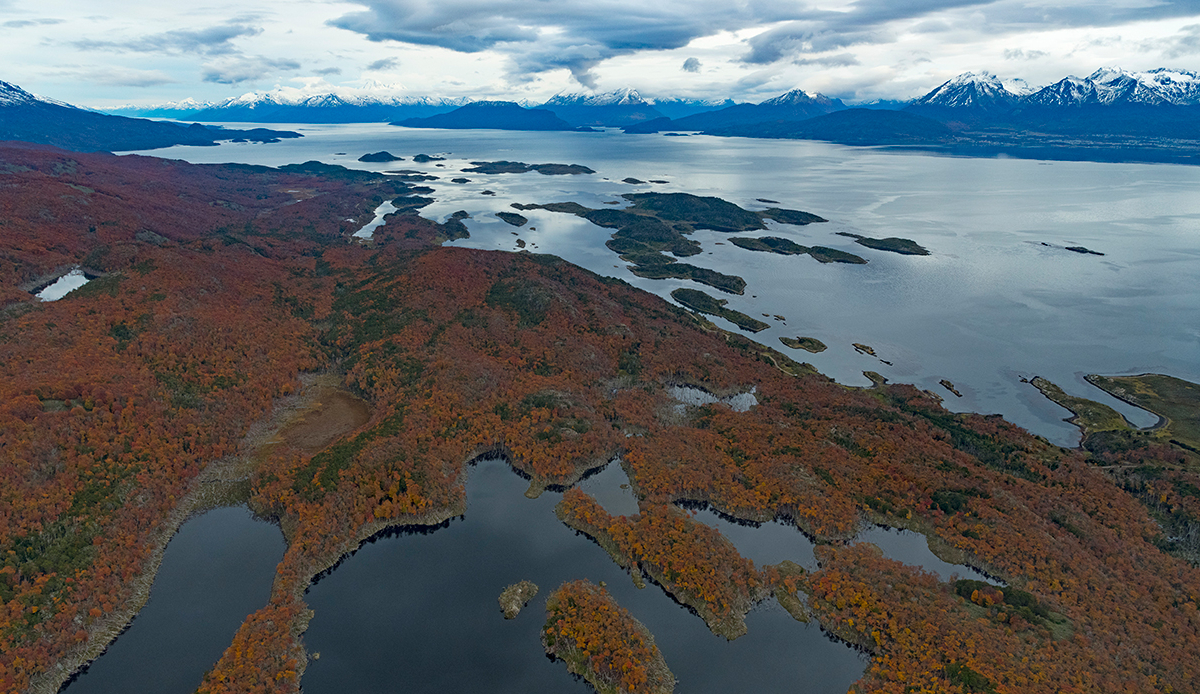 Day 1. Punta Arenas.
Arrive at the airport in the historical city of Punta Arenas, and transfer to your hotel. In the evening, we’ll meet for a welcome dinner, and a briefing and the last preparations for our upcoming great adventure.

Day 2. Strait of Magellan & Wildlife.
In the morning, we’ll drive towards our embarkation point for a zodiac boat ride that will take us along the continental coast in the Strait of Magellan. We’ll disembark to view wildlife and the San Isidro Lighthouse, that houses an exhibition of the indigenous people of the region. Later, we’ll arrive at our base and set up camp, and enjoy the silence of being far away from civilization and this southernmost point.

Day 3. Cabo Froward.
Our goal today is to reach a white cross that marks the tip of the South American land mass. Getting here won’t be easy, as roughing it is the name of the game on today’s hike. Bird and sea life abound, and, weather permitting, we’ll be treated to wonderful views of Dawson Island, the Darwin Range, and the twin peaks of Mt. Sarmiento. This trek is strenuous, but highly memorable.

Day 4. The Strait of Magellan.
We’ll trek along the isolated beaches, coves, and bays along the Strait of Magellan, keeping an eye out for impressive wildlife such as whales, dolphins, sea birds, and with luck a Huemul, or Andean deer. The trek is varied, passing through dense temperate rainforest, “turba” (a cross between tundra and mossy swamp), slippery rocks, neverending beaches in protected bays accompanied by the sound of crashing waves throughout the day. River crossings are the highlight of the day. We set camp for the night next to a river, dine and contemplate the beautiful night.

Day 5. San Isidro Lighthouse.
The trek today heads north along the Strait of Magellan, passing an old whaling station and surprising rock features on the beach. The trail improves as we get closer to the San Isidro Lighthouse, where we’ll hop in a van and head back to Punta Arenas for the evening and prepare for the next leg of the trip.

Day 6. Darwin Mountain Range and Isla Navarino.
A short flight takes us to Puerto Williams, the southernmost city in the world, and one that boasts a spectacular location on the Beagle Channel with the peaks of the Dientes de Navarino rising high behind. In the afternoon we’ll visit Villa Ukika and an indigenous Yámana craft market.

Day 7. Begin trek of Dientes de Navarino.
After a short transfer to the Dientes de Navarino trailhead, we’ll take a steep hike up through old-growth forest and wetlands until we reach the Cerro Bandera Summit, savoring the breathtaking views north towards Puerto Williams and the Beagle Channel. After a hike bordering Cerro Bandera, we’ll drop down to a beautiful lake and set up camp.

Day 8. Day of the Passes.
The trail today crosses three neighboring mountains, a winding pass through alpine environment that can often see snow, especially when reaching the highest point at Paso Australia. Later, we’ll set up camp near Windhond Lake, and enjoy a view of the Wollaston Islands and Cape Horn. If weather permits, we will hike up to Cerro Bettinelli for an incredible 360 view.

Day 9. Paso Ventarron/ Laguna Martillo.
Our day hike today will take us deep into the hidden and isolated valleys of this faraway island, looking out for beavers, an intrusive species brought to the region in the 1940s. After reaching the saddle of Paso Ventarron, we’ll begin a descent to a forest for lunch, then continue through a picturesque valley arriving at a lovely lake that sits under the impressive peak of Cerro Clem.

Day 10. Paso Virginia/ Laguna Guanacos.
Our rocky climb brings us to the highest point on the trail. If weather permits, we’ll be able to see the last islands of South America before Antarctica, in the distance. We’ll then cross an alpine plain and look out for birds such as the seed snipe, enjoying the total solitude of this faraway island, lingering to take it all in and before a steep descent to Lake Guanaco. After lunch we will continue bordering the lake until reaching out campsite for the night.

Day 11. End of the World Trek End.
Our last day of trekking is no less adventurous than the previous days, beginning with an especially tough trail deep inside the Sub Antarctic forest. Fallen tree trunks, mud and ravines complicate the descent, but we are carried along by the satisfaction of having completed this exceptional trip at the end of the world. The trail ends at a road where our van waits to take us back to town. Afternoon free to relax, later we’ll celebrate with a farewell dinner.

Day 12. Flight back to Punta Arenas
Our return flight to Punta Arenas lands just after 12pm. Afternoon is at your leisure to explore the many museums, restaurants, and city streets of this fascinating urban outpost.

Day 13. Goodbye Patagonia
Depart Punta Arenas for your next destination. End of Services